I’ve wanted to shoot aerial images of a train.  I just think it would be cool, but I just haven’t been in the right place at the right time so far.  Today I heard the train, but I was at home when I did.  I figured I’d try to catch it.  And I did.  The image isn’t that impressive, but in capturing this image, I was at the limits of both distances (altitude and distance from transmitter).  I have to fly it higher if I want to go further from me to maintain a solid signal between transmitter and receiver.  It’s more than a little unnerving when you’ve lost sight of the craft and you’re just about to lose visuals and geo-location in the monitor.  It doesn’t look very far on a map, but it’s a good 500-600 meters away from me. 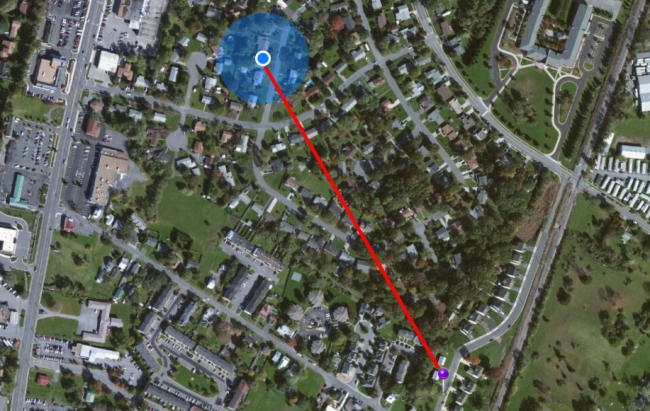 It’s pretty cool that the geo-location of the image includes the altitude – 389.2 feet by the way. 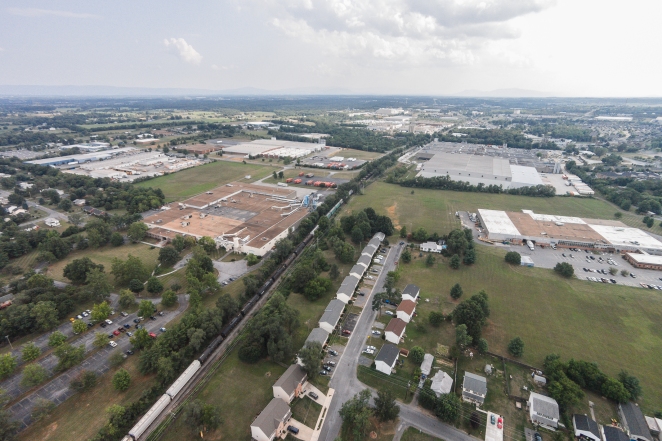